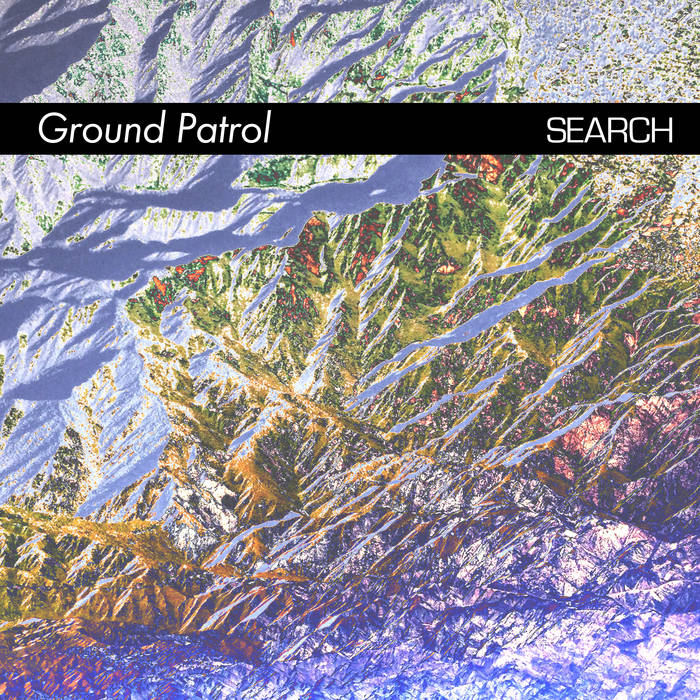 Art As Catharsis is proud to announce the release of SEARCH – a poly-genred masterclass in fusion and transition from New York / Sydney math-rock duo Ground Patrol.

It’s hard to draw similarities to Ground Patrol's music. You could paint them as an acid-soaked version of Battles, yet the clashing of loops, genres and timings combined with the deep jam delivery defines it as its own multi-faceted beast. Math, blues rock, dance punk, sludge metal, ambience, world music and more – all of which exists on SEARCH in the smallest and most tasteful of bursts through a riff by riff basis.

“Maximal minimalism is a niche musical oxymoron that’s challenging to hone but endlessly rewarding when executed properly. Time won’t need to tell if Ground Patrol will become one of the essential acts in the math rock’s pantheon; their name’s already been etched in stone.”
– Heavy Blog is Heavy

Forged in the cramped rehearsal room of guitarist Kyle Sanna’s Bedstuy, Brooklyn apartment, Ground Patrol's origins and influences pull from the world that surrounds it. Aurally, the availability of the amps, the particular sound of the room and the acoustics of Alon Ilsar’s drums all play a specific part in shaping the recordings.

On the other hand, the concepts of mutating musical cells, loops phasing into one another, the tension between independence and unity along with themes of meditation, interplay and landscapes define the music’s soul.

Both the titular track and the first single of the record, SEARCH opens the album with a sense of sparseness that preludes the later chaos of the album. Drifting guitar patterns coupled with subtle drum taps create something that builds into a spacious soundscape, full of ritualism and mystery. “SEARCH came at the end of a long improvisation,” says Sanna, “but it has an expansive quality to it that makes it a good entry point to our sound and an effective opener to the album”.

It perfectly encapsulates a fragment of Ground Patrol's musical body and soul, meeting at a place that absorbs and admires the world around it – much like watching traffic at twilight from the top of a faraway hill.

Little Brother joins the show to discuss their beautiful journey, plus tunes from Fat Tony