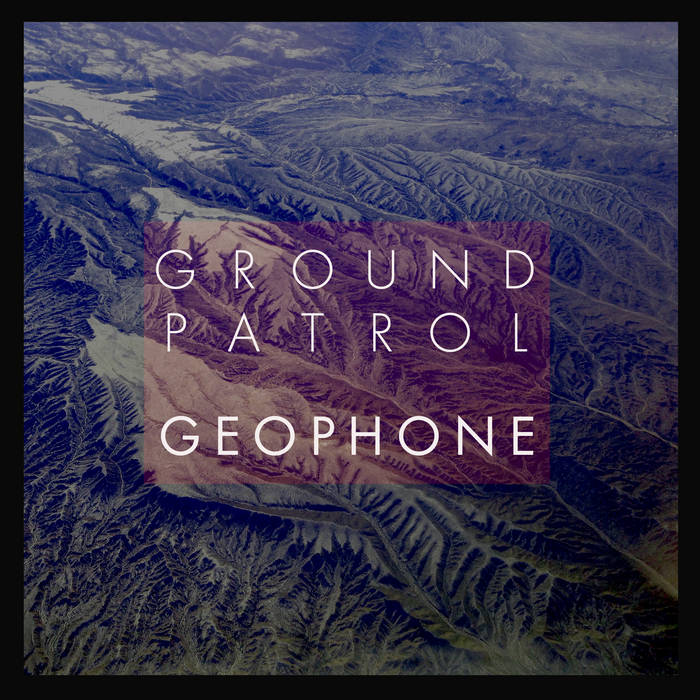 Geophone reunites guitarist Kyle Sanna and drummer Alon Ilsar for six ambitious tracks, ranging from 15-minute-long improvisational jams with rich textures and instrumental interplay, through to moody meditations centred around looped riffs. Listeners might draw comparison between Ground Patrol and math acts such as Battles - yet with the versatility the duo shows on the album, at times it’s easy to compare them to Russian Circles, or even later Lightning Bolt records.

“Ground Patrol is all about improvising, at least at the moment,” begins Ilsar. “We want to create music that would be extremely difficult to compose, and speaking from experience, the energy that goes into trying to recreate an improvised idea sometimes makes you feel like the idea wasn't worth it. I pride myself on the drums at morphing between rhythms in this project, it's something I've always gravitated towards, through listening to The Necks, and Steve Reich, but I wanted to do it on a quicker scale and all off the grid. “

“Kyle's approach to looping really opened up that space for us, as was discovering the Gnawa music from Morocco (highly recommend checking it out). Kyle often has loops going that are out of phase to each other, which I would then need to deal with on the spot. Ears need to be present (not sure what faces I pull) and thoughts need to be kept confident and positive and constantly looking forward only a few seconds.”

One striking element of Geophone, beyond its thematic peaks and valleys, comes Ilsar and Sanna’s work with Mark Goodell. Goodell, who has previously worked as a recording engineer for the likes of The Blind Boys of Alabama and Bruce Springsteen, has successfully accentuated the crisp exchanges between both members of Ground Patrol on this record. Every riff hits hard, every drum beat cuts like a knife – the clarity of the record allows the listener to appreciate Geophone’s adventurous nature with ease, adding to the enjoyment of an already stunning record.

All songs by Ground Patrol.